I would like to enter 3 fish for the forums boat records.

The first a, 2lb 8.5ozs Red Gurnard caught on board Tue Blue last October and weighed by the skipper Steve Porter.

Second, a 10lb 8ozs Turbot caught on the same day.

I have pictures of the Gurnard and the Turbot, The Cuckoo Wrasse was caught on a Blandford SAC charter and can be found on the Blandford SAC web site. 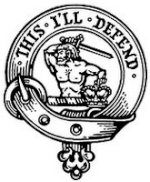 Thank you Lucy, I am sure your Cod will take some beating

Weaver wrote:Will do Drew. Surely someone can beat an 8oz cuckoo wrasse?

i can i can

day worzel had some stunning congers on board aswell

no just before 2009 ill have go get another rich

I would put my Cod on, but lucy beat me by 12oz