I'll give this one a try, i know where a few big ones show up

Bugger i should ve weighed in a massive one i had a couple of weeks ago , on my rough scales it went 2 1/4lb. 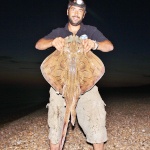 I have weighed one in this year of 2lb 6oz (witnessed by Joe.) 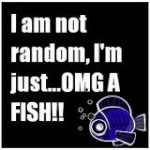 oldage wrote:I have weighed one in this year of 2lb 6oz (witnessed by Joe.)

You did too, i remember that night you weighed every bloody dog you caught

They were some lumps were'nt they!

I caught 1 in the Lyme bay comp at branscombe last october 2lb 8ozs Chris was in the same comp .

2lb 12oz mid chesil last night witnessed by birds nest,,,,wish i'd taken a photo and measured it as it would be first in the chesil comp..at 51% 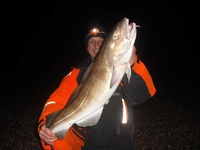