After dropping my wife off at work in Dorchester I arrived at Summerlands Farm Trout Lakes at around 9.30am to9 be greeted by some nice big swirls on the top.
I started on the floater with a red buzzer and was in to a feisty fish on my second cast. An hour or so later and a lot of fly changes saw me take my second fish and loose a stonker!
After a brief downpour (and lunch) I set up the sinking line and popped on a mini damsel this promptly produced another 4 hard fighting fully finned rainbows, wanting to drag my day out until 3ish (I usually take two, four fish day tickets) i switched back to trhe floater and my little red buzzer again........2 fish in 2 casts!!! 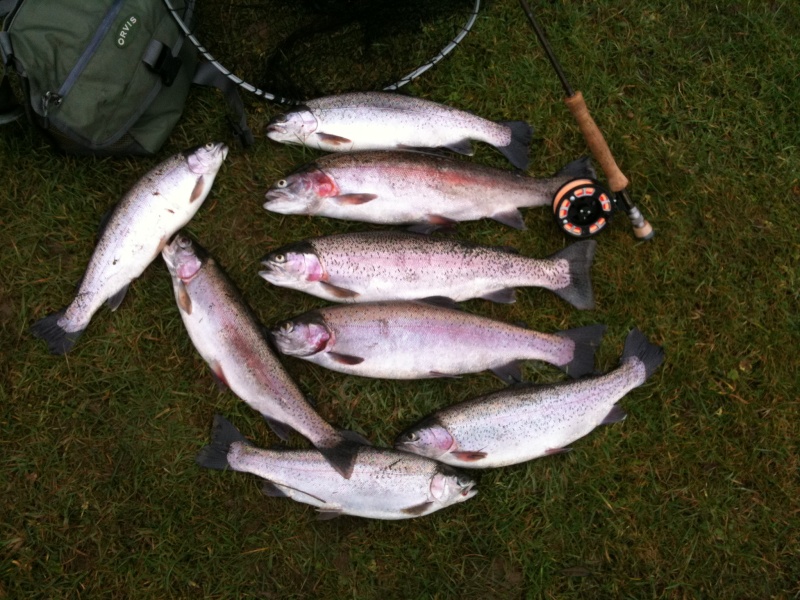 Looks like you've had your rod pulled a few times there!

nice going James, sounds like a bloody good for this time of year.